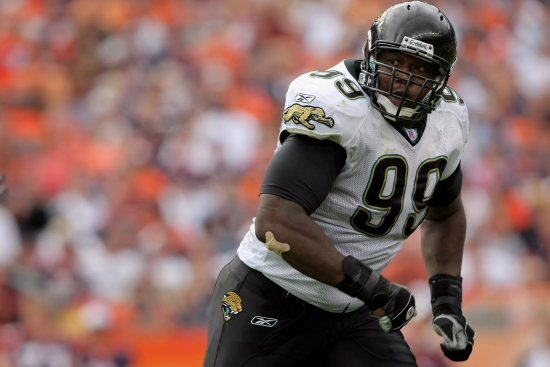 Joel Smeenge played five seasons with the New Orleans Saints, but he was used mostly in a reserve role.  His job description would change when he former Western Michigan Bronco joined Jacksonville before their inaugural season in 1995.

Smeenge would start in his first two years with the Jags at the Left Defensive End position.  Smeenge proved to be a good pass rusher, and while he wasn't starting as much in the years that followed, he was usually called upon in pass-rush situations.  In the six years he played for Jacksonville, he would have34.0 Sacks.