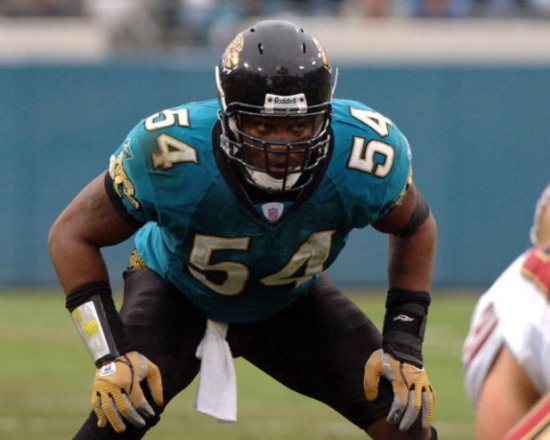 Playing specifically at Middle Linebacker, Peterson started 73 of his 78 Games, and he would have 8 Interceptions, and had over 100 Combined Tackles in his first three seasons as a Jag.  His best year by far was 2005, where he was a Second Team All-Pro and was robbed of a Pro Bowl selection.  He had six Sacks and three picks that year.