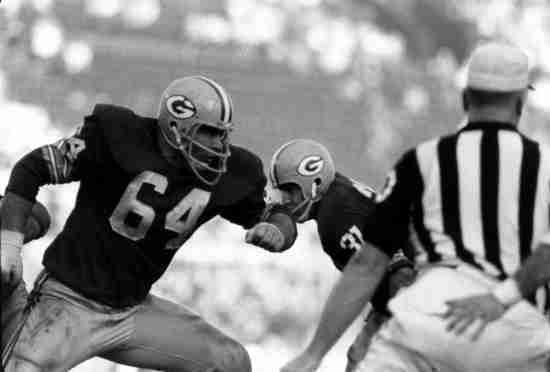 We can't adequately explain how happy we were in 2018 when the Pro Football Hall of Fame finally inducted Jerry Kramer to their establishment.  It was a long time coming!


Green Bay fans know how good Kramer was and will always remember the “Packer Sweep”!  Kramer was named a First Team All-Pro on five occasions and that was the same number of Championships that the stalwart of the Packers Offensive Line would help them win, three NFL Championships and two Super Bowls and is one of the classiest players ever to suit up on the gridiron.