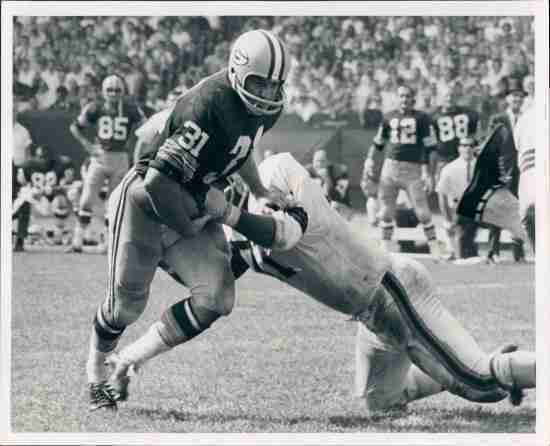 Jim Taylor and Paul Hornung in the same backfield!  My God!


Taylor was an undersized Fullback (even for this era), but pound for pound he was one of the best Backs in NFL history.  A Pro Bowler for five years in a row (1960-64), Taylor captured the NFL rushing title in 1962 and would twice lead the league in rushing touchdowns and would score the only touchdown in the 1962 Championship Game.