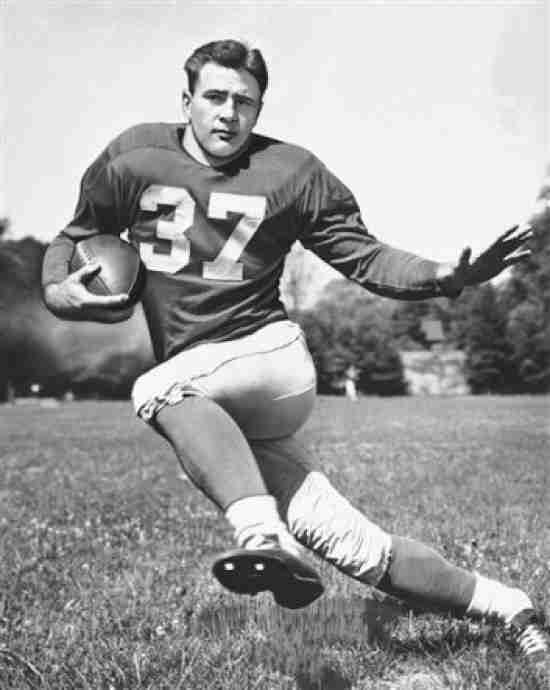 What is it about the Detroit Lions and their star players retiring early?  Doak Walker did just that as after six seasons he called it a career, but really, and as he stated after he retired, what else had he left to prove?

Walker, who was such a star in college at SMU that the award for the best college running back is named after him, transferred that skill to the Detroit Lions, where he made an immediate impact.  Walker was a Pro Bowler five out of six of his years and was a four time First Team All Pro.  Walker was also used as the Lions Place Kicker and would lead the NFL in Points Scored.  Fittingly, his number 57 was retired on his final game played.