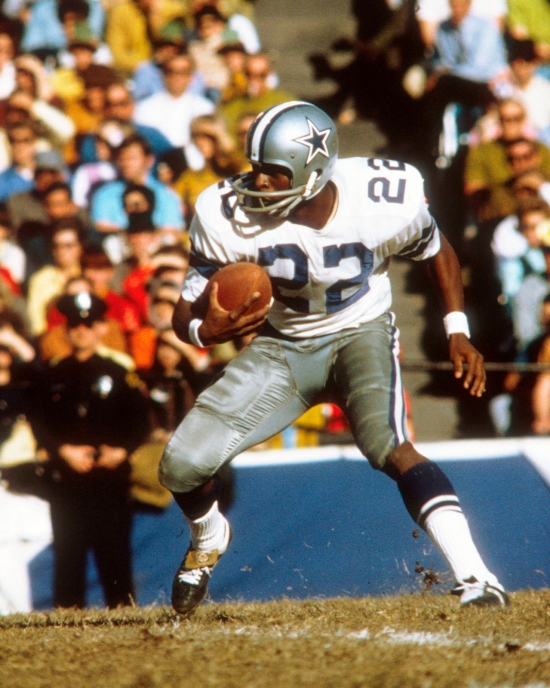 Spending the first decade of his career with the Dallas Cowboys (1965-74), Bob Hayes had a spectacular beginning, where he went to the Pro Bowl in his first three seasons and was a First Team All-Pro in his second and fourth year.  The Split End led the NFL in Touchdown Receptions in his rookie and sophomore year, and in both of those seasons, he went over the 1,000 Yard mark.

Hayes never hit that mark again, but he would have at least 700 Receiving Yards in the next five seasons, and in 1970 and 1971, he led the NFL in Yards per Reception.  Hayes also helped Dallas win Super Bowl VI.

He left Dallas when he was traded to the San Francisco 49ers in 1975, and he played only four games before being released, and he would subsequently retire.  With the Cowboys, he had 365 Receptions, 7,295 Receiving Yards with 71 Touchdowns.

Hayes was inducted into the Pro Football Hall of Fame in 2009, which was eight years after he entered the Cowboys Ring of Honor.