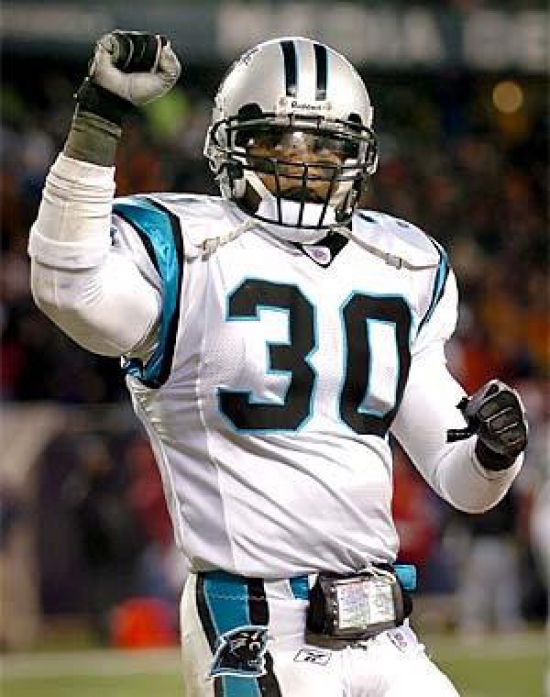 Mike Minter would play his entire professional football career with the Carolina Panthers where he was a 1997 2nd Round Pick from the University of Nebraska, and the Cornhusker would quickly become the starting Free Safety and later Strong Safety, a position he would patrol from 1999 to 2006.  Minter would record 17 Interceptions for a franchise-high 421 Interception Return Yards, 4 of which were brought back for a Touchdown.  He would also notably record 18 Tackles in the Panthers' loss to New England in the 2003 Super Bowl.