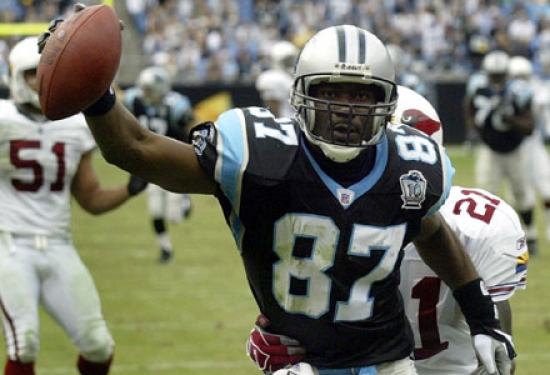 A 2nd Round Pick in 1996, Muhammad would have his breakout season in 1999 where he finished third in Receptions and went to his first Pro Bowl.  Muhammad followed that season with a league-leading, and career-high 102 catches with his second 1,000 Yard Receiving Yard season.  The next three seasons were good, but he had his best year ever in 2004 where he would lead the National Football League in Receiving Yards (1,405) and Receiving Touchdowns (16), and he was named to his second Pro Bowl and his only First Team All-Pro.

Muhammad, however, was not always happy in Carolina and he signed with the Chicago Bears for a change of scenery where he would play for three years before returning for two final seasons before retiring after the 2009 season.