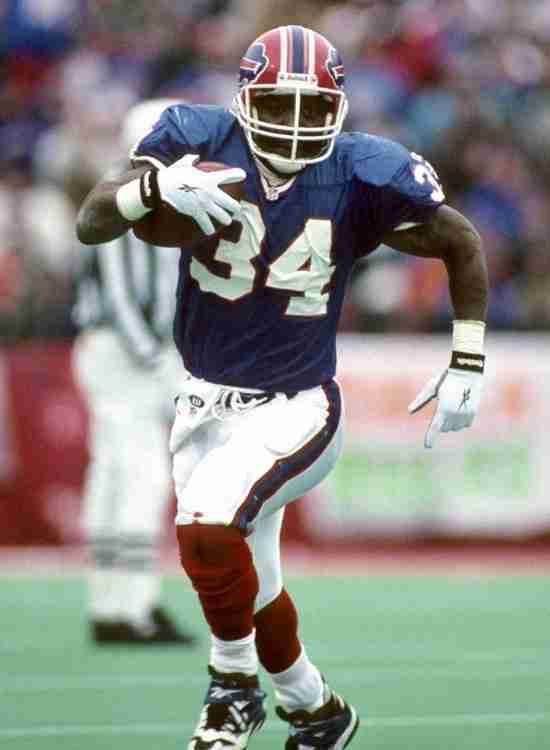 One of the most dynamic offensive players in Football, Thurman Thomas was a superstar who incredibly led the National Football League in Yards from Scrimmage four years in a row, a feat almost as incredible his team making the Super Bowl four years in a row!

Thomas may not have a ring, but he does have a full trophy case.  The Running Back was the AP MVP and Offensive Player of the Year in 1991 and was a First Team All-Pro twice.  This was the engine that drove the potent no-huddle offense that terrorized opposing defenses.  It is safe to say that his Bills Rushing records will be intact for a long time to come!

The star rusher entered the Pro Football Hall of Fame in 2007.