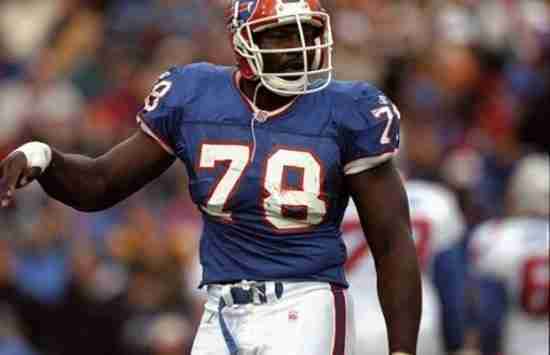 Bruce Smith was the first overall Draft Pick of 1985 and he did not disappoint the fans of the Buffalo Bills.  Smith would become the leader of the Bills defense for years and would emerge as the most dominating Quarterback destroyer in history amassing 200 Quarterback Sacks (171 with Buffalo) and is the all-time leader in that category.

Smith would be a nine-time First Team All-Pro and was named to both the 1980’s and 1990’s All-Decade Team.  Twice the Defensive Player of the Year, the only thing that Bruce Smith didn’t win was a Super Bowl Ring, but he certainly did everything he could to put the Bills in contention to win one.  The Bills may have always been thought of in terms of the K-Gun Offense and its three stars but it was Bruce Smith who was their best player.

The defensive superstar entered the Pro Football Hall of Fame in 2009, and was also named to the NFL 100th Anniversary Team.