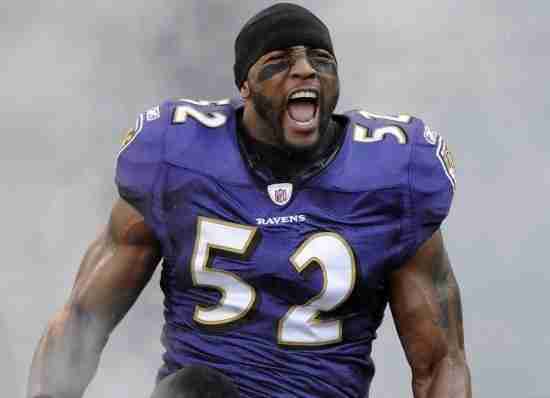 Could it really be anyone else? The first ballot Pro Football Hall of Fame inductee did everything a fan could a Ravens fan could ask for. The charismatic Linebacker was on both Super Bowl Championship Teams and was named the MVP in his first one.


Do you want more accolades?

Lewis was named the Defensive Player of the Year twice, a thirteen-time Pro Bowler, and a seven-time First Team All-Pro Selection. Lewis the career tackling leader for the Ravens, had 41.5 Quarterback Sacks, 31 Interceptions, and was the locker room leader for over a decade.

There could be no other person who could top this list and nobody else in the 2000s who Quarterbacks feared more.  Lewis, who played his entire career with the Ravens epitomized the franchise, and he was a 2000's All-Decade Team, a 100th Anniversary Team Selection and a Pro Football Hall of Fame inductee in 2018.

Ray Lewis WAS the Ravens and it will be very hard to supplant him on this list.