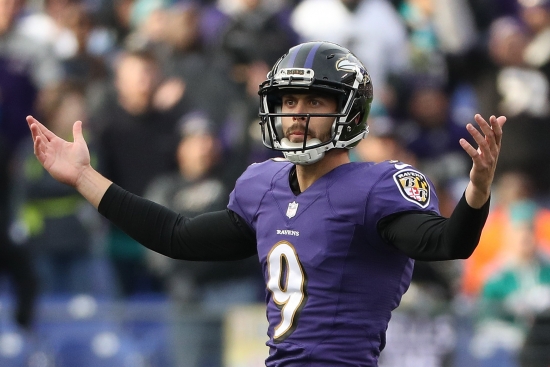 Still with the Baltimore Ravens as of this writing, Justin Tucker has been one of the most accurate Place Kickers since he was signed as an undrafted Free Agent out of the University of Texas.  Tucker has only missed one Extra Point since he began his pro career and he has a 90.1 Field Goal Percentage.  A member of the Super Bowl XLVII Championship Team, Tucker has been named to four First Team All-Pro rosters and four Pro Bowls.