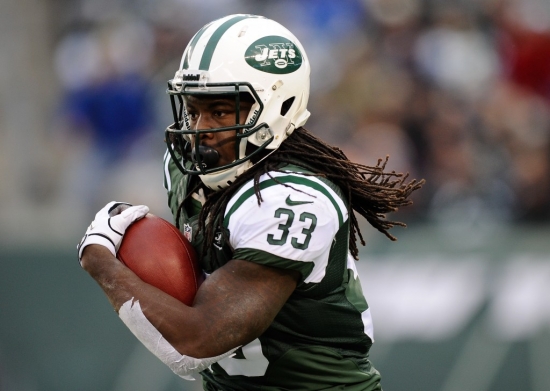 Chris Ivory played at Washington State for three years but transferred to Tiffin University after being dismissed from the Cougars for violating team rules.  Ivory went undrafted, though not because he wasn't good or was playing at a Division II school.  He was injured through most of his senior year, thus scaring off potential drafters. New Orleans invited him to camp, where the Running Back would make the team.

Opportunities arose in the Saints backfield, and Ivory was an All-Rookie with 716 Rushing Yards.  Injuries reared their ugly head again, as he was held to six Games in both 2011 and 2012, and he was traded to the New York Jets for the 2013 season. Ivory for just over 800 Yards in 2013 and 2014 and had a career-high of 1,070 Rushing Yards with seven Touchdowns and was named to the Pro Bowl that year.  He finished off with three more years, two with Jacksonville and one in Buffalo, but he never came close to 1,000 Yards again.

Ivory finished his career with 6,185 Yards From Scrimmage and 32 Touchdowns.

Should Chris Ivory be in the Hall of Fame?