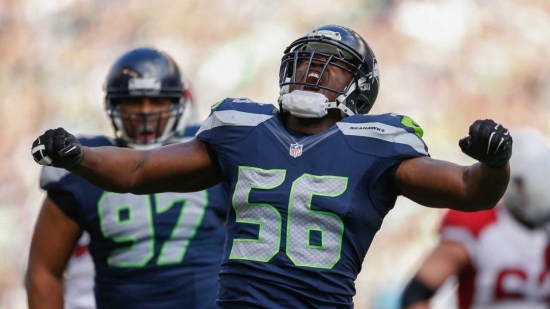 Splitting his ten-year career evenly between the Detroit Lions and Seattle Seahawks Cliff Avril slowly got better season by season to the point that at the end of his Lions run he was considered by some sportswriters to be a potential Pro Bowler but that was not meant to be for him in the Motor City.  Avril had an 11 Sack season in 2011 and was a half a sack away from double digits in 2012 on a team that did not win a single game.

Avril would then sign with Seattle and added to what was already a potent defensive corps and in his first year there helped them win Super Bowl XLVIII by recording a safety 12 seconds into the game and helping force an interception.  Avril would become the first player in NFL history to go from a team with zero wins to a Super Bowl win the following year.

While that would be the only Super Bowl he would win, Avril would have an 11.5 Sack season in 2016, the season where he went to his only Pro Bowl.

Should Cliff Avril be in the Hall of Fame?