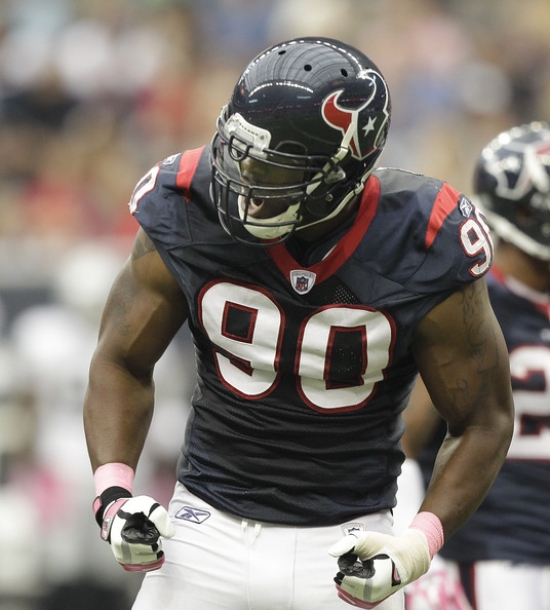 Mario Williams was the first overall Draft Pick of the 2006 Draft (many thought the Houston Texans were going to select Reggie Bush instead) and while he may not have met overall expectations the Defensive End had a good career.  While he was with Houston, Williams was named a Second Team All Pro in 2007and he finished third in Quarterback Sacks with 14.  He would be named to the Pro Bowl in both 2008 & 2009 and in the five seasons that he was a Texan he would get to QB 53 times.

Williams would then sign with the Buffalo Bills and in 2013 and 2014 he would go to his third and fourth Pro Bowl, the latter of which saw him be named to his first and only First Team All Pro roster.  As a Bill he had three 10 Sack seasons.  He would retire with 97.5 Quarterback Sacks.

Should Mario Williams be in the Hall of Fame?