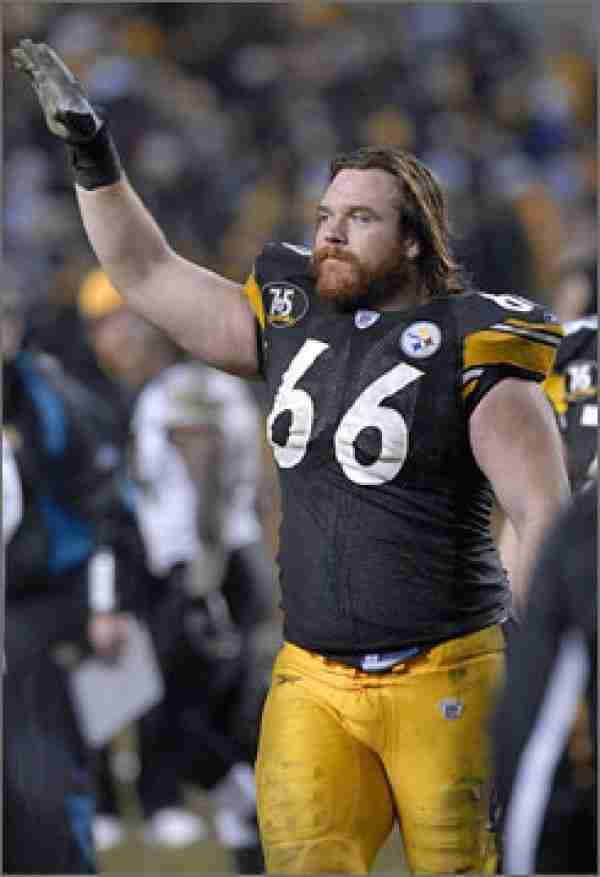 A member of the Pittsburgh Steelers Super Bowl XL winning team, Alan Faneca stabilized Pittsburgh’s Offensive Line that gave Ben Roethlisberger a lot of time to throw and Jerome Bettis a lot of room to do his magic. Faneca went to nine Pro Bowls and earned six First Team All-Pro selections. The former LSU Tiger would also win the prestigious NFL Alumni Offensive Lineman of the Year Award twice in 2004 and 2008.
The Pro Football Hall of Fame has done a decent job honoring the O-Line and with his list of accomplishments, he should have a very good chance for enshrinement and join many of his Steelers brethren in Canton.  To date, he has been a Finalist four times, and it is only a matter of time for Faneca.