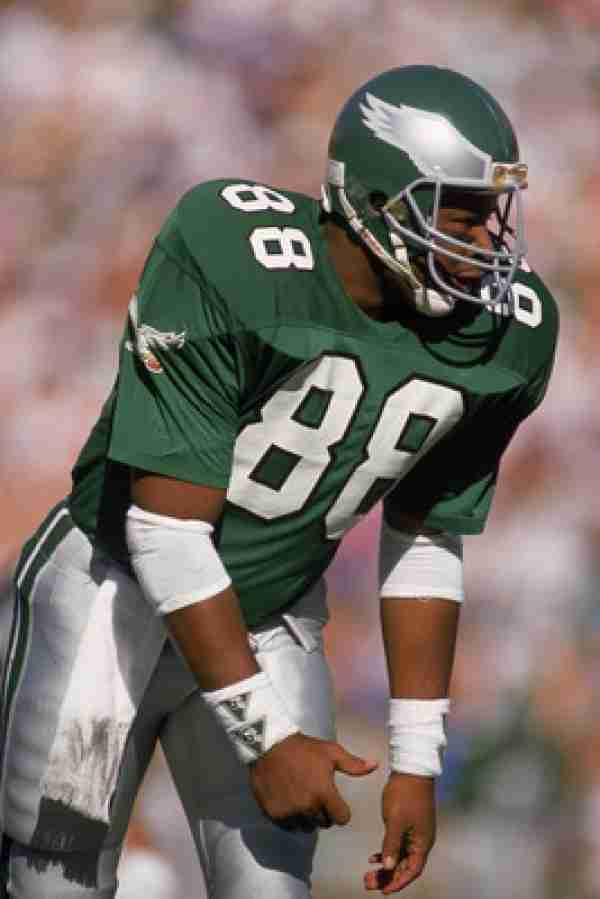 It might be hard being named Keith Jackson when there was already a very famous sports commentator with the same name who became the voice of the sport.  The Tight End with the same name still managed to carve out his own identity.
Jackson took the football landscape by storm in his rookie year catching 81 passes.  He never reached that level again, but he was still among the top Tight Ends in the league and was rewarded with five trips to the Pro Bowl.  He was at his best when the pressure was on, and his star shone brightly in the playoffs.  As a clutch receiver, Jackson was often a favorite target when needed most.  He cemented his fine career in his final season with a Super Bowl Ring as a member of the Green bay Packers.

Keith Jackson proved to have a very solid career, but he is far back in a long list of talented Tight Ends.

Should Keith Jackson be in the Hall of Fame?

Should Keith Jackson be in the Hall of Fame?