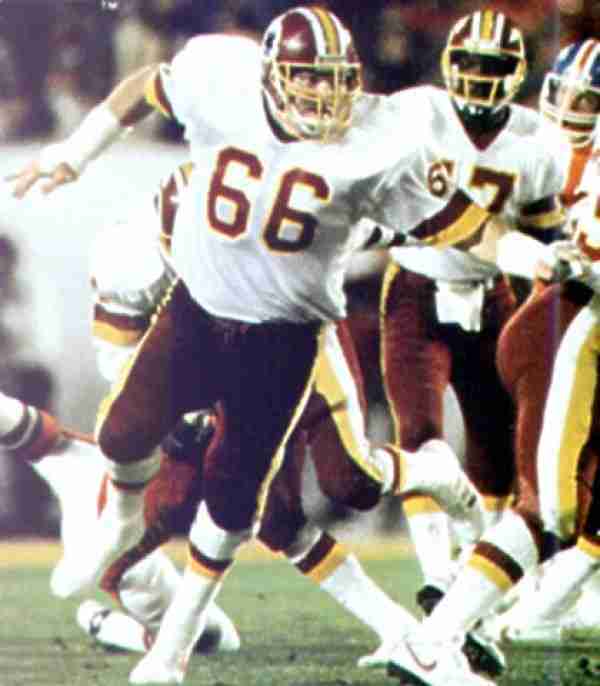 Offensive linemen may be the most respected in football, but they are from the most famous.  One of the few exceptions to that rule was the famed “Hogs” who patrolled the front line of the Washington Redskins in the 1980’s.


Joe Jacoby was the anchor of the famed “Hogs”.  It didn’t come easy as he went undrafted out of Louisville.  He fought his way onto the team and eventually became one of the Redskins most popular players.  He was an excellent blocker and garnered respect throughout the league.  He may not have been the most talented tackle, but he may have been one of the hardest workers.

Russ Grimm was recently inducted into the Football Hall of Fame.  The odds are very strong that he will be the only Hog voted in, though Jacoby may have made voters think about adding a second.