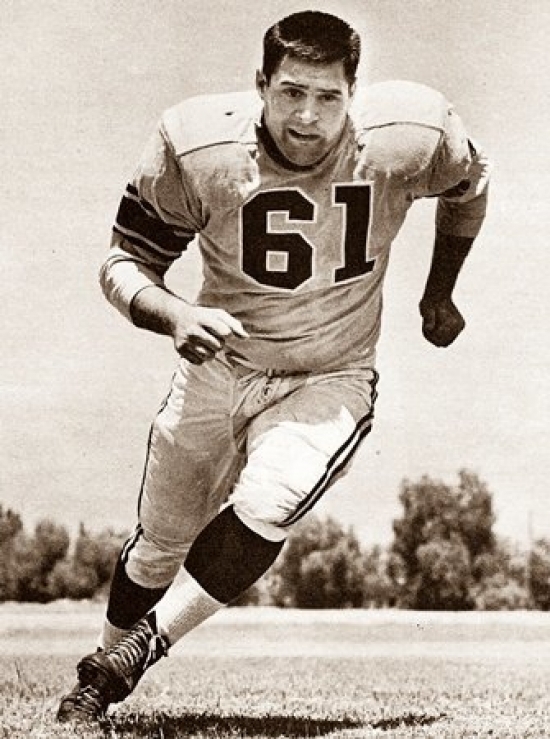 Duane Putnam was a 6th Round Pick by the Los Angeles Rams from the Pacific University in 1952, and by '54, he would establish himself as one of the premier Guards in the NFL.

From 1954 to 1958, Putnam was a perennial Pro Bowler, and he would either be a First or Second Team All-Pro Selection in each of those years.  Putnam's immense physical strength made it easy for him to create holes and protect his Quarterback, and he is easily one of the most unsung heroes in Rams' history.  The Dallas Cowboys chose him in the 1960 Expansion Draft, where he would spend one year, then spent a year with the Cleveland Browns before he concluded his career back home as a Ram for one last season in the National Football League.

Should Duane Putnam be in the Hall of Fame?