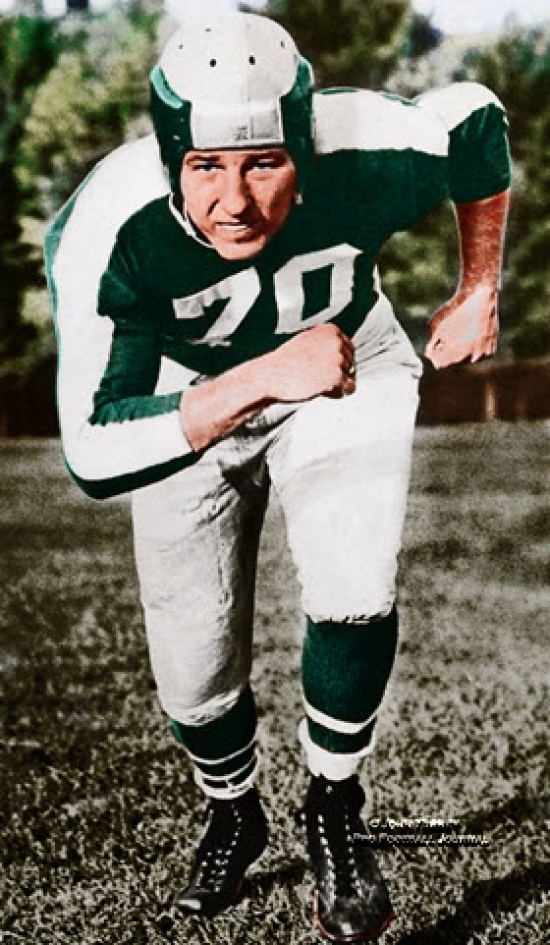 Drafted by the Philadelphia Eagles in 1943, Al Wistert would play his entire nine-year career in Eastern Pennsylvania.  Playing at Tackle (on both sides of the ball), the former Michigan Wolverine would be named a First Team All-Pro by the Associated Press four years in a row (1944-47).  Wistert would be named to the Pro Bowl in 1950 and was an integral part of Philadelphia's back-to-back NFL Titles in 1948 and 1949.  It is difficult to fathom the Eagles winning those championships without Wistert, who was their team captain.

The Pro Football Hall of Fame case is a little difficult to quantify, but his impact on the Eagles is undeniable.  The Hall must agree there is a case, as he was a Finalist on the 100th Centennial Slate.

Should Al Wistert be in the Hall of Fame?