Ilya Kovalchuk plied his trade with the Atlanta Thrashers for seven and a half years and while the Russian forward played for a team that wasn’t exactly exceptional, he was a star for the franchise.

At some point in time, we plan do take a serious look at all the individual Halls of Fame.  We will get there eventually, and when we do the Winnipeg Jets will now be part of it as they have announced their own Hall of Fame.

The new Hall will not open empty, as their famed “Hot Line” of Bobby Hull, Ulf Nilsson and Anders Hedberg from the 1970’s will be the first inductees.  The ceremony will take place at the Jets home game against the Toronto Maple Leafs on October 19.

Bobby Hull made headlines when he jumped to the upstart World Hockey Association and signed with the Jets becoming the first hockey player to sign a million dollar contract.  “The Golden Jet” would play for Winnipeg for 411 Games scoring 638 Points.  He would win the WHA MVP Award in 1973 and 1975 and would enter the Hockey Hall of Fame in 1983.

Anders Hedberg palyed for the Jests for the four seasons and had over 100 Points in each of them.  Hedberg would later become a member of the Swedish and IIHF Hockey Hall of Fame.

Ulf Nilsson also played for four seasons in Winnipeg and averaged 100 Points per season.  Like Hedberg, he would join the New York Rangers following his WHA run.

It is worth noting that while the Jets are creating their own Hall of Fame, the actual history of the first version belongs to the Arizona Coyotes.  That fact will be reflected on our upcoming Top 50 Winnipeg Jets of all-time.

Still, we here at Notinhalloffame.com would like to congratulate Hull, Nilsson and Hedberg for earning this honor.

Again, can we state how much this is a work in progress?

We here at Notinhalloffame.com are in the process of putting together the top 50 players for the main North American Franchises, which comprises of the NHL, NFL, MLB and the NBA.

As such, here is another one that we are proud to display as our Top 50 Winnipeg Jets of All Time are now up.

Before we get to the Top 50, what needs to be noted about this particular franchise list is that this list ONLY reflects the current incarnation whose history begins with the Atlanta Thrashers.  This is because the Arizona Coyotes still owns the history of the original Winnipeg Jets and when we do that organization, we will be looking at the Winnipeg/Phoenix/Arizona team history.

Basically, we are telling you that if you are looking for Teemu Selanne, Bobby Hull or Dale Hawerchuk, you won’t find them here.

The Complete List can be found here and we encourage you all to take a look at this list.

In a few weeks we will continue our work on this project with a return to the gridiron and the All-Time Indianapolis Colts. 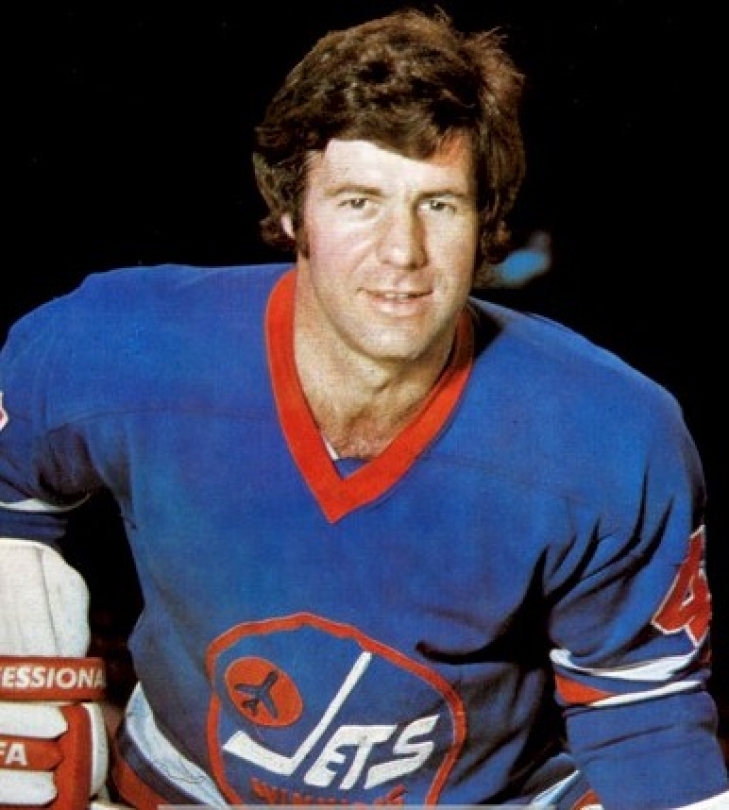 As such, it is important to note the Winnipeg Jets Hall of Fame has announced that they will be inducting former players, Lars-Erik Sjoberg and Ab McDonald to their institution at their February 26 home game.

Sjorberg joined the Jets after playing in his native Sweden for various teams and twice at the Olympics (1968 & 1972). The Defenceman would be 30 when he arrived in Manitoba and he proved himself to be a good playmaker accruing 40 or more Assists in his first four years in the WHA. In the 1977-78 season Sjoberg would win the Dennis A. Murphy Trophy as the league’s best blueliner and he would help the team win three Avco Cups (1976, 1978 & 1979). When the team joined the National Hockey League, Sjoberg would become the first Jets Captain in the NHL. He would retire after the 1979-80 season.

Ab McDonald was a three time Stanley Cup Champion and five time Al Star who played fourteen years in the NHL before he joined the Jets in their inaugural season. McDonald was named the first Team Captain and he was with the team for two years scoring 70 Points with the team.

We do want to point out that while the Jets Hall of Fame includes players from the first incarnation, the current one does not own the history of the franchise hence when we do our all-time 50 for this team we have to base it on the beginning as the Atlanta Thrashers.

We here at Notinhalloffame.com would like to congratulate Lars-Erik Sjoberg and Ab McDonald for earning this very impressive honor.