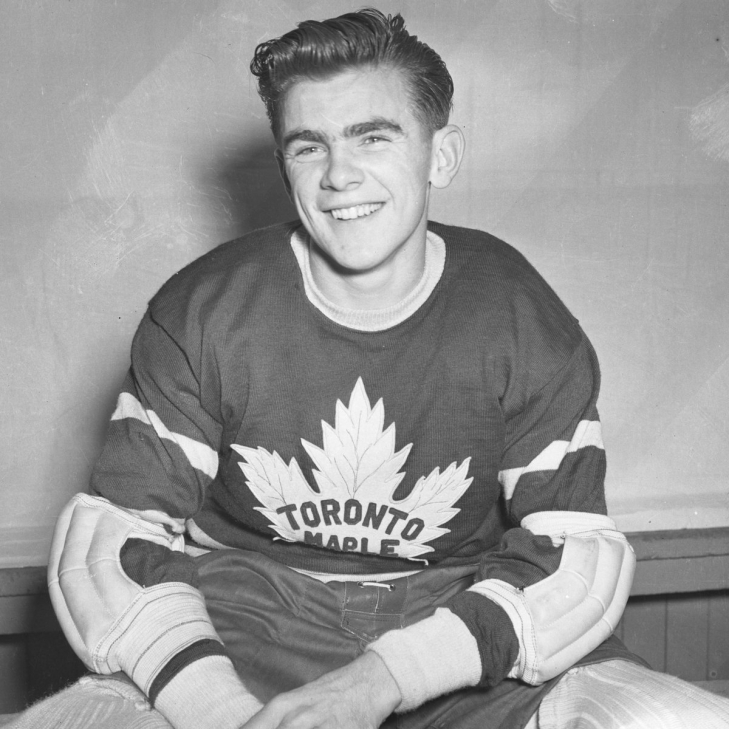 Tod Sloan played a handful of games for the Toronto Maple Leafs in the late 1940’s and in the 1950/51 he secured himself not only a permanent place on the roster but proved to be one of the team’s better players helping them win the Stanley Cup that season.  Sloan was the leader in Power Play Goals the following year and in the 1955/56 season he had a career year with a career high 37 Goals, which landed him fourth overall while also being fifth in Points.  He was named a Second Team All-Star and was the runner-up for the Hart Trophy that year.