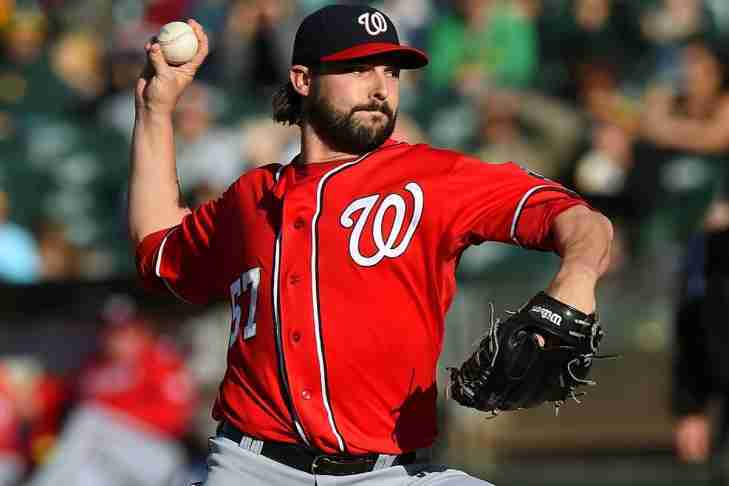 Tanner Roark's first seven seasons in the Majors were with the Washington Nationals where he was predominately been used late in the starting rotation. and has produced for the Nats a solid run.  In Roarke's second season (2014), he would go 15-10 with an eighth place finish in WHIP (1.092).  He regressed in 2015 and was demoted to the bullpen for a spell, but he came back in 2016 with his best season in Washington with 16 Wins, a sub 3.00 ERA, and was tenth in Cy Young voting.  His last two seasons were not as good, but he remained as a starter with Washington until he was traded to the Cincinnati Reds after the 2018 season.  Roarke would go 64-54 with 732 Strikeouts.