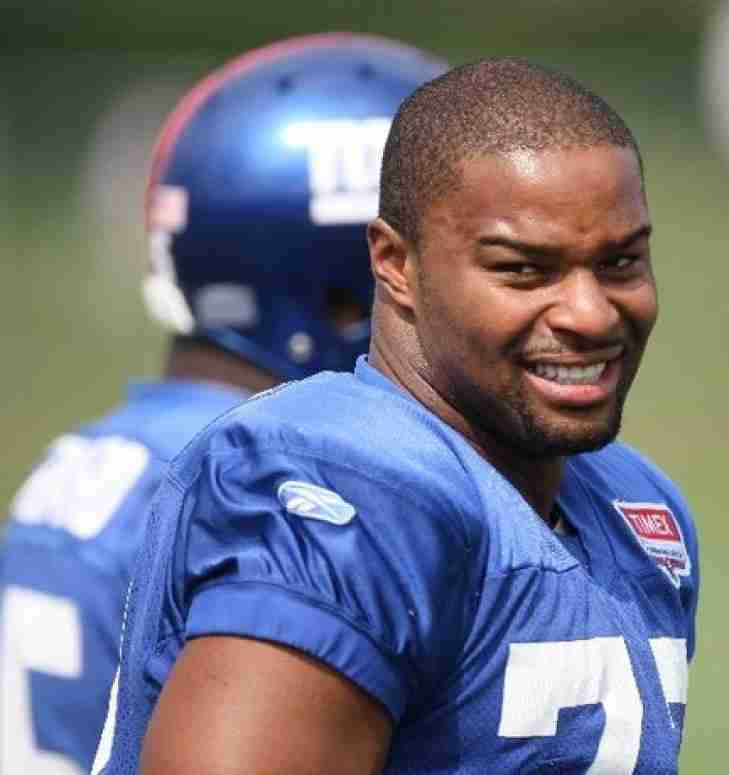 Perhaps it did not get the attention it should have but former New York Giant and two-time Super Bowl Champion, Osi Umenyiora retired this week.

Umenyiora, a former second round draft choice out of Troy, would shine the brightest when the pressure was on and Umenyiora would make two Pro Bowl Teams along with a pair of All Pro Selections.  The Linebacker would record 85 Quarterback Sacks, including three seasons where he recorded two digit Sack campaigns.

The Nigerian born player was a major force in the G-Men’s last Super Bowl win and while he is unlikely to be honored by Canton, it is very possible that the Giants will honor him in some capacity now that his playing career is over.

We here at Notinhalloffame.com would like to thank Osi Umenyiora for the memories and wish him the best in his post NFL playing career.