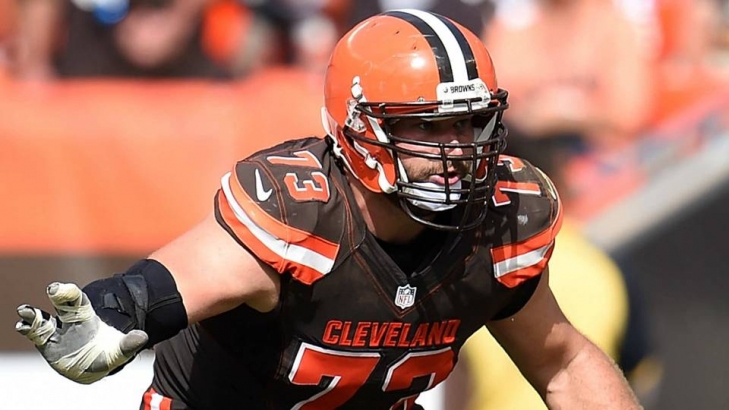 In what will likely be the most significant retirement of the off-season, Joe Thomas of the Cleveland Browns has announced that he will no longer compete in the National Football League.

On his ThomaHawk podcast, Thomas cited his recent knee injury as the main reason for his retirement.

Drafted third overall out of the University of Wisconsin in 2007, Thomas proved to be one of the most durable players in league history. Since he was drafted, the Left Tackle played 10,363 consecutive snaps until a tricep injury forced him out on October 22 of this past season. This is (unofficially) the longest streak of its kind.

In a career spanning eleven seasons, Thomas was named a Pro Bowl selection in ten of them. Only four other players went to the Pro Bowl in their first ten seasons, and he did this all for Cleveland, a team that has not been good (he never played in the playoffs). He also was named a First Team All-Pro seven times.

Thomas will always be revered in the city of Cleveland. Despite the team’s failure to build stars around him, he never asked to leave, always conducted himself with class and led by example. He should be a lock for the Pro Football Hall of Fame (he will be eligible in 2023) and has a better than average chance to enter on his first ballot.

We here at Notinhalloffame.com would like to congratulate Joe Thomas on an incredible career and we wish him the best on his post-playing life. 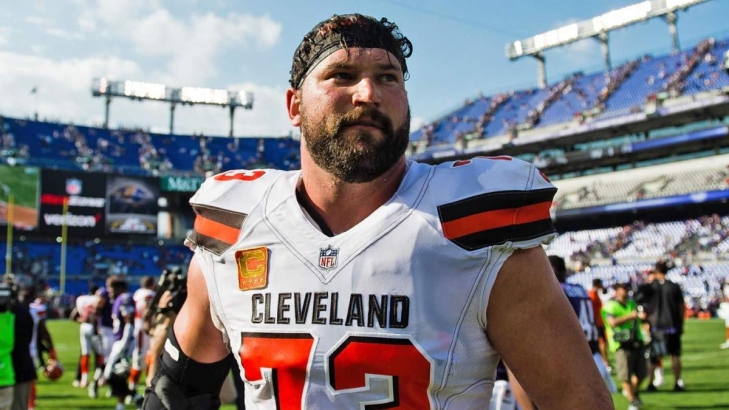 As we approach the Pro Football Hall of Fame induction ceremony on Saturday, we have been working on our future eligible section.  As football players don’t always retire after they played their last game (usually to see if they can land another job while sitting out as a free agent) we aren’t able to immediately add them.

With that being the case, we have added to our site, 2023 Pro Football Hall of Fame eligible list.

The people eligible for the Pro Football Hall of Fame whom we are featuring are:

Alterraun Verner:  Verner would be named to the Pro Bowl at Cornerback in 2013 when he was with the Tennessee Titans.

Brian Cushing:  The Linebacker was the Defensive Rookie of the Year in 2009, but this would be the only year that the career Houston Texan would be named to the Pro Bowl.

Carson Palmer:  Palmer was a three-time Pro Bowl Quarterback who led the NFL in Touchdown Passes in 2005.

Chris Johnson:  Johnson was the Offensive Player of the Year in 2009 and the Running Back would go on to three Pro Bowls.

Cliff Avril:  Avril was a Pro Bowl Linebacker in 2016 and was a Super Bowl Champion with the Seattle Seahawks.

Danny Woodhead:  Woodhead was a popular and undrafted Running Back who would have nearly 5,000 Yards from Scrimmage.

Darrelle Revis:  Revis was the greeter of “Revis Island”, where the Cornerback would be named to seven Pro Bowls and four First Team All-Pros.  Revis would win a Super Bowl with the New England Patriots.

Darren McFadden:  McFadden played at Running Back where he would have 7,535 Yards from Scrimmage.

DeMarco Murray:  Murray was explosive in 2014 where the Running Back would be named the Offensive Player of the Year.  He was also a three-time Pro Bowl Selection.

Dwight Freeney:  Freeney was a First Team All-Pro Defensive End three times and he would be named to seven Pro Bowls.  Freeney won the Super Bowl with the Indianapolis Colts and he retired with 125.5 Quarterback Sacks.

Elvis Dumervil:  At Defensive End, Dumervil was a five-time Pro Bowl and two-time First Team All-Pro who led the NFL in Sacks in 2009.  He retried with 105.5 Sacks over his career.

Eric Decker:  The Wide Receiver would have over 50 Receiving Touchdowns over his career.

Eric Weems:  Weems would record over 5,000 Return Yards and was 2010 Pro Bowl Selection.

Eric Wood:  Wood would be a Pro Bowl Selection at 2015 at the Center Position.

James Harrison:  Harrison was the Defensive Player of the Year in 2008 and was a five-time and two-time First Team All-Pro.  The Linebacker would help the Pittsburgh Steelers win two Super Bowls.

Jeremy Maclin:  Maclin played at Wide Receiver and he had five straight years of 800 Yards.

Joe Thomas:  Thomas played his entire career at Left Tackle for the Cleveland Browns where he was an 11-time Pro Bowl and a six-time First Team All-Pro Selection.

John Kuhn:  Kuhn was a three-time Pro Bowl Fullback who would win two Super Bowls, one with Pittsburgh and one with the Green Bay Packers.

Kam Chancellor:  Chancellor helped the Seattle Seahawks win the Super Bowl and the Strong Safety was a four-time Pro Bowler.

Martellus Bennett:  Bennett was a Pro Bowl Tight End in 2014 and a Super Bowl Champion with the New England Patriots.

Matt Forte:  Forte was a two-time Pro Bowl Running Back who retired with 9,796 Rushing Yards and another 4,672 Yards from Receiving.

NaVorro Bowman:  Bowman was a First Team All-Pro Linebacker who would lead the NFL in Tackles in 2015.

Tamba Hali:  Hali would have 89.5 Sacks over his career and the career Kansas City Chief would go to five Pro Bowls.

The entire group eligible for 2023 can be found here.

As always, we encourage you to vote and state your opinion.

Thank you again for your support!