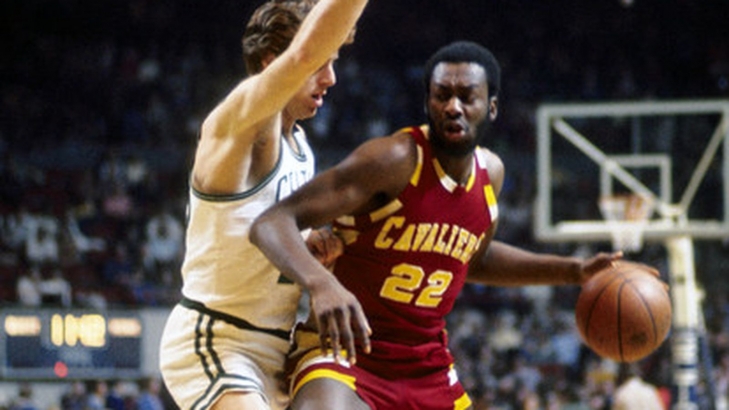 Standing at 6’ 11”, Jim Chones gave up his final year at Marquette to join the New York Nets of the ABA.  He would then play a season with the Carolina Cougars before joining the Cleveland Cavaliers of the NBA in 1974, who had his rights after they traded for it from the Los Angeles Lakers.  Chones put up very consistent numbers in his five seasons in Cleveland; he averaged between 12.9 to 15.8 Points per Game in those years, and in terms of boards his low was 8.4 and high was 10.3, all of which were decent.  In his even 400 Games, Chones posted good averages of 14.3 Points, 9.5 Rebounds and 1.1 Blocks per Game.
Subscribe to this RSS feed