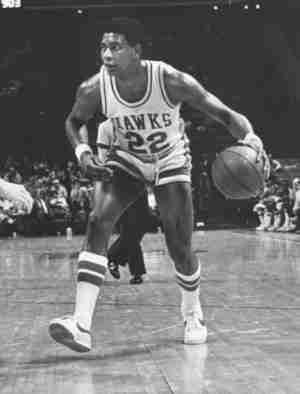 John Drew had 20.7 points and almost 7 boards per game making him one of great small forwards of his generation.  Of course, a Hall of Fame induction would mean little to Jazz fans as they saw him in the tail end of his career where they shipped Dominique Wilkins to the Hawks.  Career wise, Drew has solid statistics with 15,000 points and 5,000 rebounds.  However, he is likely best known not for his solid lifetime numbers; nor being on the wrong end of a lopsided trade.  He is probably best known for notoriously receiving the first lifetime ban in the NBA for his cocaine addiction.