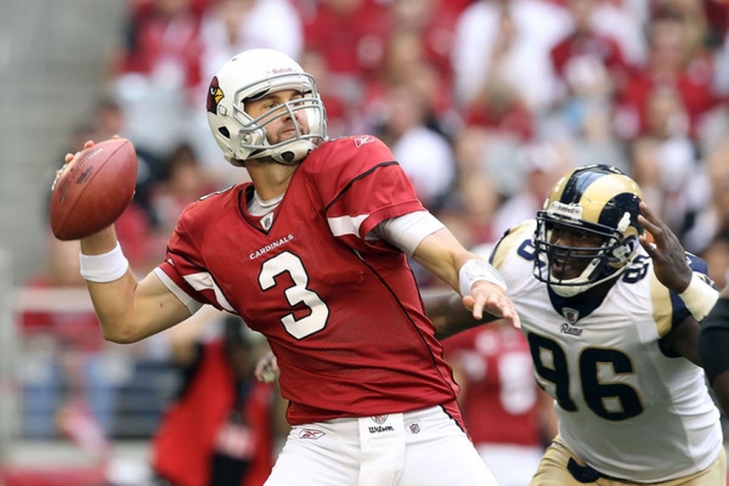 While Derek Anderson is best known for a meltdown, he had at a post-game press conference when asked why he was seen laughing on the sidelines after his team was blown out on a national television.

That aside, we are talking about a 13-year veteran who may have been predominantly a backup but was a Pro Bowl Selection in 2007 when he was starting for the Cleveland Browns and threw for 29 Touchdowns, 3,787 Yards and led the league in Yards per Catch.  The Quarterback never came close to a season like that again but would find work for over a decade after.  He retired with 10,878 Passing Yards.