We have another major update here at Notinhalloffame.com.

Our Notinhalloffame.com WWE list has finally been updated and as has happened every year has expanded.  This year we have gone from 333 to 365.

Why the 10 percent increase in entries?  Simply put, the creation of the WWE Legends Wing has opened up a large amount of pre-WWE wrestlers who were not previously considered to be recognized on our list.

First off, let’s get to the new Top Ten, which has showcases some new entries.

McMahon returns to the top spot and love him or hate him nobody can deny that he belongs.

This is about as close to a lock as it gets.

See above.  How can he not get in?

The only thing keeping Triple H out of the HOF is Triple H.  As an existing executive, it is his whenever he wants.

Every year, Brody climbs in the rankings. This is his first year in our top five.

Angle may never work for the WWE again as an in ring worker, but he has done more than enough to be a Hall of Famer for the WWE.

The former WWWF World Heavyweight Champion is at his highest rank.

While Jericho is as of this writing an active WWE competitor, his age (45) brings him to our automatic threshold for the active WWE Notinhalloffame.com list.

The former World Champion and climbing actor comes in at number 9.

The former three-time World Champion breaks through to the top-ten with the surprising retirement.   This is his debut on the Notinhalloffame.com WWE list.


There are a plethora of other new entries into our WWE Hall of Fame countdown.

Londos is a former World Champion from the 1930’s.

Longson is a former World Champion from the World War II era.

Zbyszko is a former World Heavyweight Champion and major star from the 1920’s.

Watson was an icon in Toronto and a former World Heavyweight Champion from the 1950’s.

Nagurski is a former NFL Champion and a former World Heavyweight Champion from the 1930’s and 40’s.

Steele is another former World Champion from the 1930’s.

Robert was the World Champion in the 40’s and was a large star from Quebec.

Gama was a legend in India and popularized the business there.

The former Intercontinental Champion recently retired and was one of the best “comedic” wrestlers of all-time.

Byers is a former Women’s Champion who took over the mantle from Mildred Burke in the 1950’s.

The patriarch of the Orton family won a plethora of regional titles throughout his career.

Khali is a former World Heavyweight Champion and remains a major star in India.

Brown was a former multi-time champion from the 1940’s.

Assirati was a British strongman who was a star in the U.K. for decades.

Shikat won the world title twice in the 1930’s.

Casey was a major force in the business in the Boston area in the late 1930’s.

Hyatt was the “First Lady of WCW” at one time and a top heel in the UWF.

Sonnenberg was the World Champion in the 1930’s.

Leone was a major star in Southern California for years.

McCool is a former Diva’s Champion.

“The Lethal Weapon” is a former six-time WWE Hardcore Champion.

The ECW veteran was a three time Tag Team Champion.

Terri was a WWE Diva for nearly seven years.

McCready was a solid performer in the British Commonwealth throughout the 30’s, 40’s and 50’s.

Apter was the owner of a series of magazines that took pictures that are still used today.

O’Mahoney was a fixture in wrestling in the 1930’s.

Szabo was a star in California for well over a decade.

Garcia is one of the longest tenured employees in WWE history.

In the Fall of this year we intend to expand this to an even 400.

We think you all know what we want you to do!

Take a look at this list, the new entries and cast your votes and opinions!

As always, we here at Notinhalloffame.com thank you for your time and your support.

Approximately seven weeks ago, the WWE Hall of Fame inducted the Class of 2017, which took many off of our list.  This included:

The Rock and Roll Express (Ranked #41)

With the removal of these wrestlers, we have moved one wrestler from the future candidates section (The Big Show), and have added more additional performers who we may have forgotten before.  Rankings have changed based on your votes and comments and continuing career analysis.

Let’s get right to it, shall we?

While it is a controversial choice for some of you, we just can’t move the owner of the WWE, Vince McMahon out of the top spot.  Love him or hate him, most of you who started watching professional wrestling did so because of the marketing brilliance of McMahon.

The Undertaker returns at #2.  With his recent retirement at Wrestlemania it is widely speculated that he will be inducted next year.  Frankly, we are hoping that is the case.

The Rock also returns at the same position, #3.  Like the Undertaker, when the Rock gets in, he will without question be the headliner.

Triple H returns at #4.  While the resume of Triple H is certainly Hall of Fame worthy, though with him being a high ranking executive, it is actually a lot harder to induct him.  Maybe this is “Vince 2.0”, and he will be on this list for years to come.

The late Ivan Koloff moved up two spots from #7 to #5.  There was talk about inducting him two years ago, but now any induction for the former WWWF World Heavyweight Champion would be posthumous.

Chris Jericho had a huge jump from #8 to #6.  While he is coming off of one of his most entertaining years in the ring, Y2J is 46 years old and older than the mandatory age of 45, which we placed to move Futures to the main list, even if they are active competitors.

Bruiser Brody took a bit of a tumble as he dropped from #5 to #7.

Dave Batista, whose Hollywood run tells us he won’t be returning to the WWE anytime soon climbed one spot to #8.

Rounding out the top ten is The Big Show, our lone transfer from the Future Candidates Section to our main list.  While Show is in the best shape of his career, he will be 46 in February and is clearly on a reduced schedule.  He has been hinting retirement for years.

Here are the other new entries:

Take a look and cast your votes and offer your opinions as those help us shape our future Notinhalloffame.com WWE List. 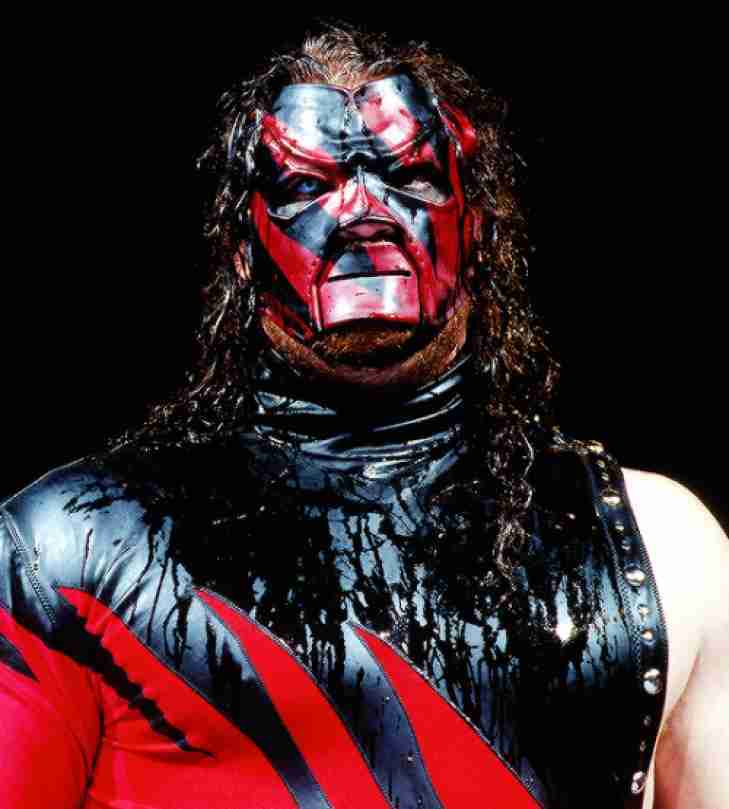 When The Rock called himself the most electrifying man in sports entertainment he wasn’t kidding. There has been no wrestler before or after who was could captivate an audience like he could. The amount of wrestlers who have tried to segue over into Hollywood is long but only Dwayne Johnson became a megastar in that medium. Vince McMahon has often been quoted that he was not in the wrestling business but that he was in the entertainment business. It seems that no past employee of Vince ever personified that statement better than the Rock. 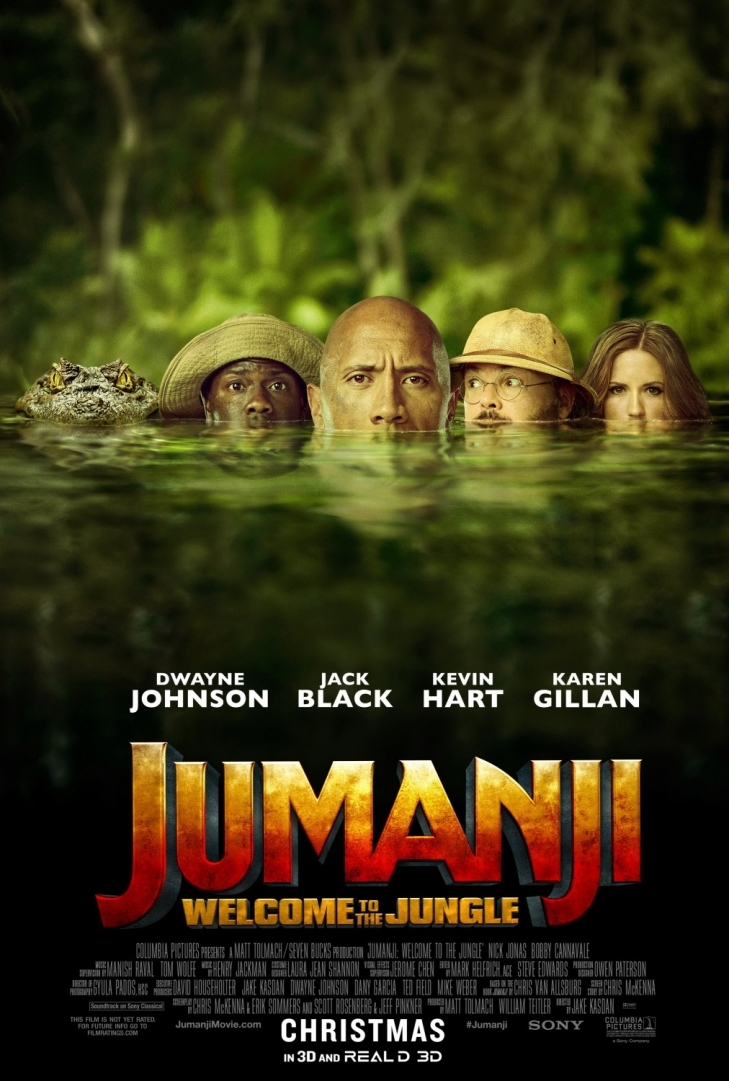