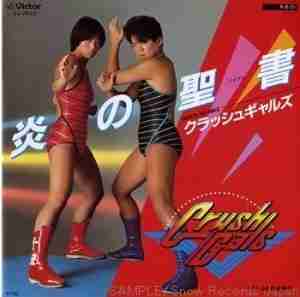 The Crush Gals only wrestled a handful of times in the United States but in Japan they became the most popular and biggest draw of women’s wrestling in Japan.  They were not the first female Japanese tag team to become successful, but they hit levels of popularity that haven’t been seen by any female combatant before or since.  Chigusa Nagayo would later show her acumen for the business as the founder of the GAEA promotion in Japan and trained many women to enter the business.  Had they been the team (instead of the Jumping Bomb Angels) who captured the imaginations of WWF fans in 1987, they may have had a remote shot.