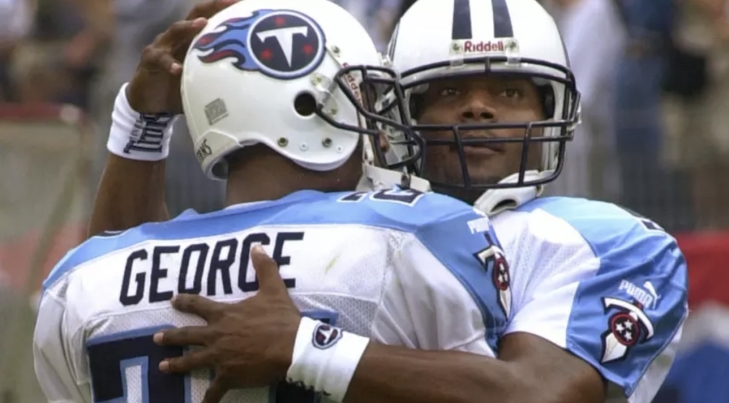 Regular visitors of Notinhalloffame.com know that we are slowly working on the top 50 of every major team in the NHL, NBA, NFL and MLB. Once that is done, we intend to look at how each team honor their past players and executive.  As such it is news to us that the Tennessee Titans will be retiring the numbers of both Eddie George and Steve McNair.

Eddie George was drafted 14thOverall in 1996, which would be the final season the organization was in Houston.  George rushed for 1,368 Yards as a rookie and in the next three seasons he would not fall below 1,294 Yards in Rushing but would also be more of a receiving threat and was named to the Pro Bowl in all three of those seasons.  He would go his fourth (and fourth straight) tight after with a career high 1,509 Rushing Yards, 14 Rushing Touchdowns and would be chosen for what would be his only First Team All-Pro roster spot.  He would have two more 1,000 rushing campaigns and in his eight years as an Oiler/Titan he would accumulate 10,009 Rushing Yards and another 2,992 in the air with 74 Touchdowns.

Steve McNair was drafted 3rdOverall in 1995 and he would be cemented as the starting Quarterback in 1997, the first year the franchise was entrenched in the state of Tennessee.  McNair would be a Pro Bowl Selection three times (2000, 2003 & 2005) and he would throw for 27,141 Yards and 156 Touchdowns while rushing for another 3,439 Yards and 36 TDs.  McNair was shot and killed by his mistress in a murder-suicide in 2009.

The official ceremony will take place during the Titans home opener against the Indianapolis Colts on September 15.

We here at Notinhalloffame.com would like to congratulate Eddie George and the late Steve McNair for earning this very prestigious honor. 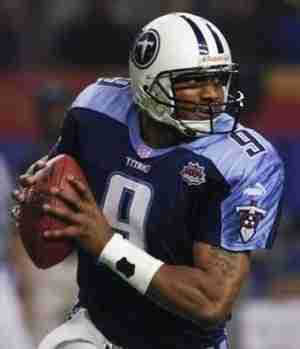 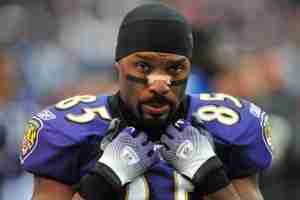 Although Derrick Mason produced strong career statistics and had multiple seasons tabulating over 1,000 Receiving Yards, it is hard to make the strong case for Mason to receive a Hall of Fame induction. Mason would be the star receiver for both Tennessee and Baltimore, though he played in an era where the game opened up and there were stars that were perceived as superior at Wide Receiver. Only earning a trip to the Pro Bowl twice and one All-Pro Selection reflects that fact, though that was primarily from his Punt and Kick Returning. Still, that was the season (2000) which he led the NFL in All-Purpose Yards.