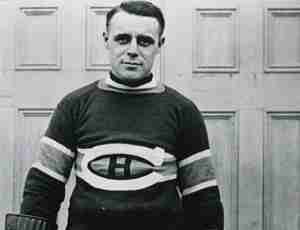 A very good two way defenseman, Sylvio Mantha won a series of Stanley Cups with the Montreal Canadians. Despite his reputation for offensive prowess, Mantha was a very capable defender and was an integral part of the Habs four Stanley Cups that he was a part of. A two time Second Team Post Season All Star, Sylvio Mantha is a legitimate member of the Hockey Hall of Fame.
Subscribe to this RSS feed