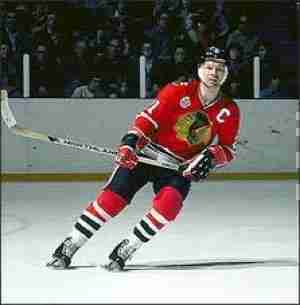 One of the smoothest playmakers of his day, Stan Mikita won the Art Ross Trophy four times and led the National Hockey League in assists three times. He was part of the Chicago Blackhawks rejuvenation of the 60’s, and though they only won the Cup once, they were a solid squad throughout the decade.