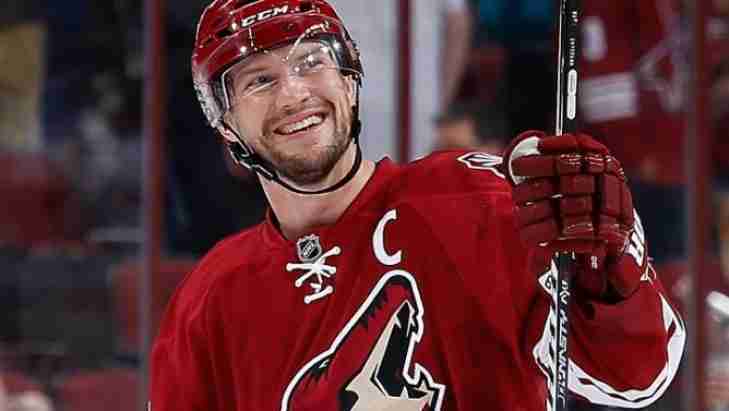 A very significant retirement took place in the world of hockey and it should get more attention than it has.

Perhaps we can rectify that.

The defensive minded forward was the seventh overall pick of the team in 1995 when they were still located in Winnipeg. He served as the team’s captain from 2003 until this past season and he is the team’s leader in Games Played, Goals, Assists and Points. He retires with 972 career Points and was the winner of the King Clancy Award in 2010. Doan also played in two All Star Games (2004 & 2009).

While Doan is an unlikely entry to the Hockey Hall of Fame, he should be a lock to be honored in some capacity in the near future by the Coyotes. Frankly, it is a crime if they don’t.

We here at Notinhalloffame.com would like to thank Shane Doan for the on-ice memories and we wish him the best in his post playing career. 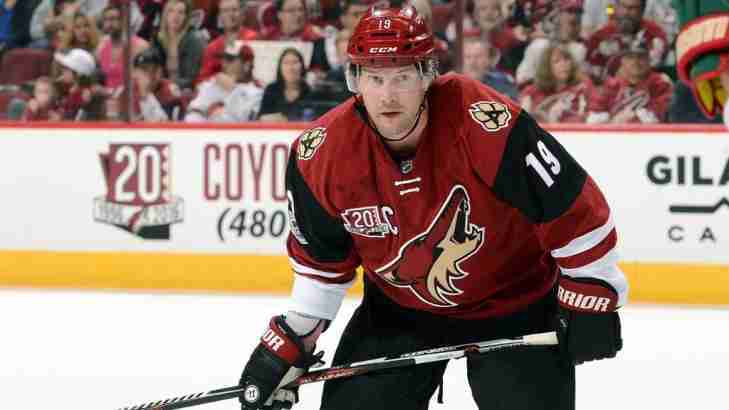 As such, it is important to us that the Arizona Coyotes have announced that they will be retiring the number 19 of Shane Doan, which will make it the first time in team history where this has occurred. This will take place on February 24 during their home game against the Winnipeg Jets.

Drafted 7th overall by the original Winnipeg Jets, Doan played his first hockey game in 1995 and his final one in 2017 for the Arizona Coyotes. He would play all 1,540 of his games in the National Hockey League for the same franchise and is without question the greatest player the team ever had since they relocated to Arizona.

Doan would represent the Coyotes in two All Star Games and he scored 972 Points while holding virtually every scoring record for the organization.

While Doan’s number is the first to be retired the team has “honored numbers” from the team’s history, which include Bobby Hull, Dale Hawerchuk, Thomas Steen, Keith Tkachuk, Jeremy Roenick and Teppo Numminen.

We here at Notinhalloffame.com would like to congratulate Shane Doan for earning this prestigious honor. 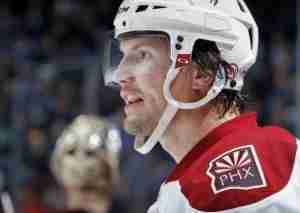 A long time player for the Phoenix Coyotes, Shane Doan starred in the desert for what seemed like an eternity. He is a good scorer, but what he is mostly known for in Phoenix is his long term leadership for the franchise. Doan was never in the top ten in scoring, but he was selected anyway to multiple National teams for Canada, and scored the game winning goal against Finland to win the 2004 World Cup. Doan has long been considered a player you want in your dressing room, though this might not necessarily translate into a Hall of Fame career though does make him the best Arizona Coyote ever.