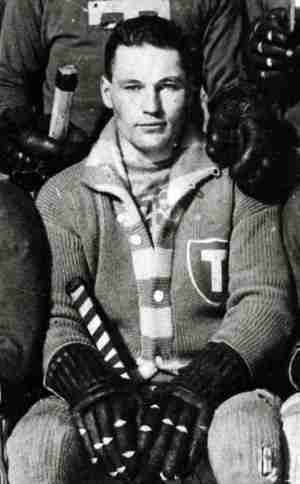 Considered one of best wingers in the early days of Hockey, Scotty Davidson was a star in the NHA, captaining the Toronto Blue Shirts to a Stanley Cup win in 1914. Davidson was a good goal scorer for Toronto with 42 goals in 40 games. The 23 year old Davidson enlisted into the Canadian Army and was killed shortly thereafter ending what should have been a stellar career. He was inducted posthumously in 1950.
Subscribe to this RSS feed