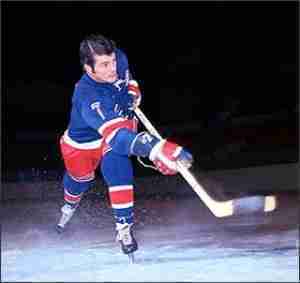 One of the best New York Rangers of all time, Rod Gilbert may never have drank from the Stanley Cup, but the career long Ranger was a consistent producer on Broadway and a regular at the annual All Star game. Gilbert’s best seasons came in the early 70’s, when New York was icing a good team (the teams in the mid 60’s were not particularly good) and he was on a line with Jean Ratelle and Vic Hadfield where the GAG (Goal a Game) Line, which became one of the most feared in the NHL. The Rangers still did not win the Cup, but they were bona fide contenders and Gilbert posted his best offensive statistics during this period. Gilbert was named as the second greatest New York Ranger of All time, and if you hold that spot in any Original Six roster, you should be considered a Hall of Fame player.
Subscribe to this RSS feed