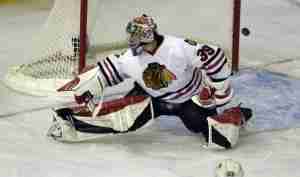 While Nikolai Khabibulin actually has a losing won/loss record in the NHL, nobody can say that he did not have a very good career in the National Hockey League.  The “Bulin Wall” may never have been considered the top goaltender in the league (or maybe even in the top three), but he was always better than most of his peers and did backstop the Lightning to a Stanley Cup, becoming the first Russian to do so. Throw in the fact that he also had an excellent performance leading the Russians to the Olympic Gold Medal; you have the makings of a fringe candidate for the Hall of Fame.