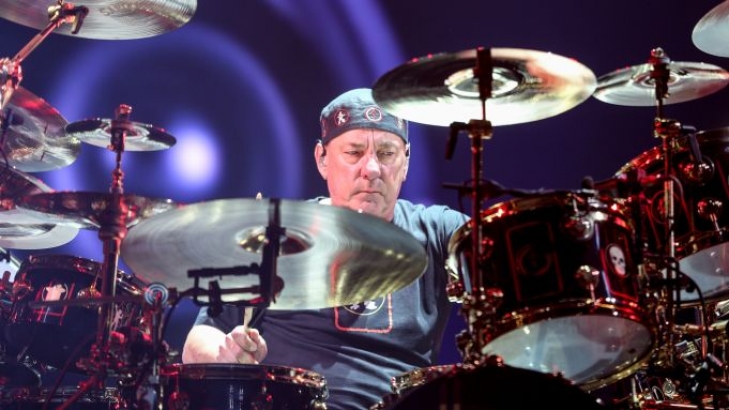 This is a dark day in Rock and Roll.  It was announced today that Rush Drummer, Neil Peart passed away three days ago after a long battle with brain cancer.  He was 67 years old.

Peart was considered by musicians and critics alike as one of the most technically proficient drummer that rock music had ever seen. Along with Geddy Lee and Alex Lifeson, the Canadian Progressive Rock trio of Rush first recorded in 1974, and they received immediate airplay in Canada.  Unlike many Canadian bands in the 1970s, their popularity went well beyond their border.  In addition to his drumming expertise, he was an exceptional lyricist, a fact not well known considering that Lee was the band’s lead singer.

The group would go on to produce 19 studio albums and 11 live albums, and sold out arenas around the world.  Rush was inducted into the Rock and Roll Hall of Fame in 2013.

Peart last played in 2015, where depending on the source he was either taking a break or retiring from performing.

We here at Notinhalloffame off our condolences to the friends, fans and family of Neil Peart at this time.

To their legions of fans, Rush could be the quintessential definition of Progressive Rock. Through periods of Blues infused Rock, futuristic concept albums, the use of the synthesizer in the 80’s and Alternative Rock, Rush has been able to successfully borrow from multiple styles yet still remain a hard driving Rock band. Any publication that ranks the individual talents of musicians will almost certainly have members of Rush (especially their drummer, Neil Peart) listed in it.