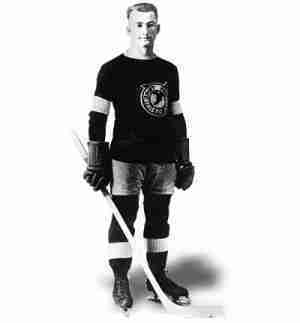 Although he never played in any organized league in Canada, Moose Goheen was an amateur legend in Minnesota. Goheen played for years in Minnesota leading the St. Paul Athletic Club to McNaughton Trophy (symbolic of the top team in U.S. Amateur Hockey) in consecutive years and likely would have won more had he not entered the U.S. Army in World War I. Goheen would return and star for the States in the Olympics help scoring seven goals and winning a Silver medal for his country. Eventually, he would turn pro, but turned down overtures to play in the NHL so that he could play locally for St. Paul in the AHA. Goheen’s star would likely be higher in the memory banks of the hockey world had he played in the National Hockey League.
Subscribe to this RSS feed