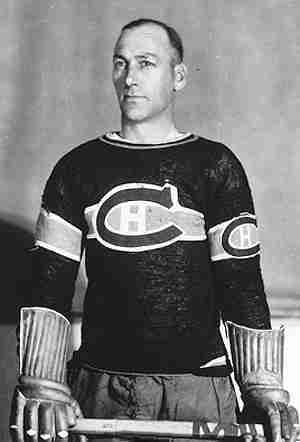 Herb Gardiner did not enter the National Hockey League until he was 35 years old. It was not because he wasn’t good enough, as he certainly was, but in the early 20’s, Hockey had multiple talented leagues and he chose to ply his trade for the Western Canadian Hockey League and was the defensive star for the Calgary Tigers and won the league title there in 1924. When the league collapsed, Gardiner joined the Montreal Canadians and despite his advanced age, was alleged to have played every minute for the Habs in that 44 game season and won the Hart Trophy. Although his play declined after, Gardiner remained in the NHL for a few more years and rightfully took his place in the Hall of Fame for his stellar defensive work in hockey.
Subscribe to this RSS feed