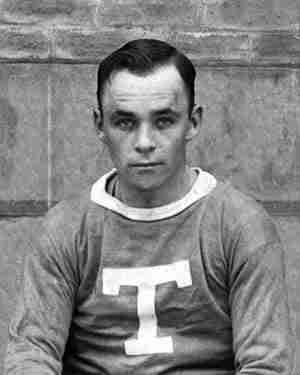 Considered the first player to develop a curved shot (with a straight stick no less!), Harry Cameron was a brilliant rushing Defenseman who won three Stanley Cups. Cameron would twice lead the league in assists and was credited for the first ever “Gordie Howe Hat Trick” in the NHL, which is indicative of scoring a goal, an assist and a getting into a fight. How this is not an official National Hockey League statistic is beyond us!