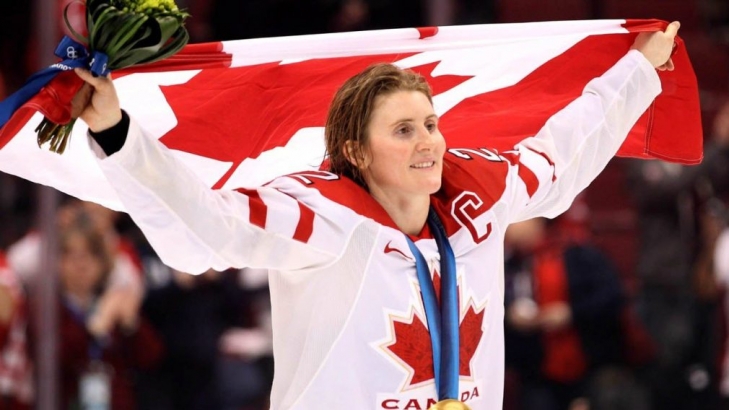 One of our favorite days of the year has come as the Hockey Hall of Fame has announced their Class of 2019 but we have to say that this is one of the strangest Hall of Fame classes ever. This is a six-person class consisting of the greatest female player of all-time, two former NHL players who were not considered to be the best of the group, a former Czech player that most people never heard, an executive and a U.S. College Coach.

The members of the Hockey Hall of Fame Class of 2019 are:

Hayley Wickenheiser:  Wickenheiser is this year’s headliner and without question is the greatest women’s player ever.  Entering in her first year of eligibility, the Canadian superstar represented her country five times in the Olympics where she would win four Gold Medals and one Silver. In the World Hockey Championships, she would take Canada to seven Gold Medals.  She was so good that she played semi-pro in Switzerland, making her the first woman wo play hockey on any pro level.  There is no other woman more deserving of this accolade.

Guy Carbonneau:  Carbonneau was the team captain of the Montreal Canadiens when they won the Stanley Cup in 1993.  He had previously won the Cup with the Habs in 1986 and would again win it with the Dallas Stars in 1999.  Carbonneau never had a season where he scored 60 Points but his strength was his two-way play as he was the winner of the Frank J. Selke for the best defensive forward three times.

Sergei Zubov:  A teammate of Carbonneau on their 1999 Stanley Cup winning team, Zubov was also a champion with the New York Rangers in 1994.  A four-time NHL All-Star, Zubov was named to NHL Second Team All-Star in 2006 and the Defenseman would score 771 Points over his career.  Internationally, he was part of the Unified Team (former Soviet Union) in 1992 where he won an Olympic Gold Medal.

Vaclav Nedomansky:  From Czechoslovakia, Vaclav Nedomansky made history in 1964 as the first hockey player from the Communist Bloc to defect and play in North America.  Before defecting, Nedomansky scored 534 Points over 388 Games in the Czechoslovakian league and upon arriving in North America he would play for the Toronto Toros of the WHA and later the Birmingham Bulls before joining the Detroit Rings midway through the 1977/78 Season.  He would also play for the New York Rangers and St. Louis Blues and scored 278 Points in the NHL.

Jim Rutherford: Rutherford played in net for 13 seasons but he enters as a builder.  He has won the Stanley Cup three times as a General Manager, once with the Carolina Hurricanes (2006) and twice with the Pittsburgh Penguins (2016 & 2017).

Where we are left scratching our heads (allow is to get half-conspiracy and half-editorial) is that we are openly wondering if any of the above candidates were not chosen so that there could be no doubt that Wickenheiser was the headliner.  This makes good press for the Hockey Hall of Fame and reflects them as a progressive entity.  Had any of the above names been chosen would they have leapfrogged her in public opinion’s “ranking”?

But, with due respect to Zubov and Carbonneau they aren’t former players who leap off the page and scream “headliner”.  This is the first time that anyone in our top ten list (regardless of the sport) and in this case we have to go all the way to #29 before we have our first inductee. We do need to add the caveat that at present we do not rank women or builders, but are looking to change that in the future.

Wickenheiser could have still have been the lead attraction over anyone else this year and would people have really debated it?  They wouldn’t have, but we openly think that there are people at the Hockey Hall who worried about it and wanted this to be all about Wickenheiser.

We want to be very clear that Hayley deserves this but we have always wanted to see the best possible class every year!

We would like to extend our congratulations to the Hockey Hall of Fame Class of 2019 and we will shortly begin work on updating our core Hockey list. 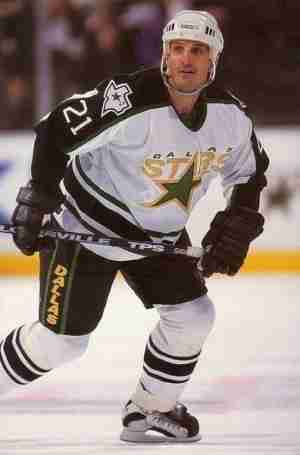 Guy Carbonneau seems to have a career of “threes”. On three occasions, he won the Stanley Cup and three times he won the Frank J. Selke Award as the NHL’s best defensive forward. Unlike other centers on this list, Carbonneau was not known for putting the puck in the net. Sure, he netted 260 goals over his career and was more than capable offensively, but it was his defensive prowess that made him an essential player. Whomever his team was playing against, you could count on Carbonneau being on the ice against that team’s best player. Guy Carbonneau was not a star for hat tricks he scored; he was a star for the hat tricks he prevented.