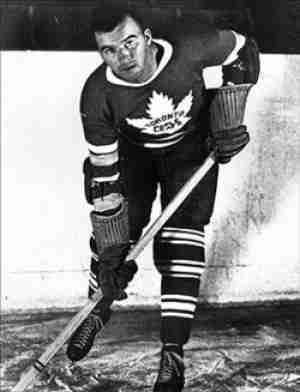 Although Gordie Drillon only played seven seasons in the National Hockey League, they were all productive ones for the Right Winger. Drillon played most of those campaigns in Toronto and he averaged nearly a point a game. Drillon won the NHL scoring title in 1938, which would also be the same year he won the Lady Byng Trophy. A two time First Team All Star, Drillon also won a Stanley Cup in Toronto (though it was not his best performance, as he was benched in the Finals).