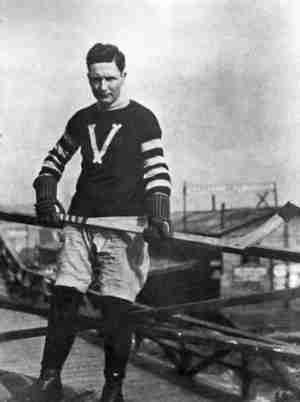 Like his brother Lester, Frank Patrick was a decent player who became more famous in hockey for his off ice contributions than what he did on it. Along with his brother, he founded the Pacific Coast Hockey Association (later renamed the Western Canada Hockey League) and it was many of his initiatives while there that shaped the game as we know it today.