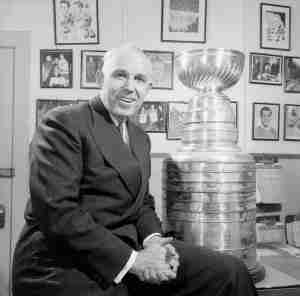 Initially a referee in the National Hockey League (who was assigned to referee some very important games), Clarence Campbell was moved to the office and was groomed to be the heir apparent to take over the Presidency of the NHL. The plan was temporarily derailed as Campbell joined the Canadian military to serve in World War II (in which he rose from Private to Lt. Colonel) but he returned in 1946 to serve under Red Dutton as the Vice President. Dutton (who never really wanted to be the President) swiftly resigned, and Campbell took over the job.