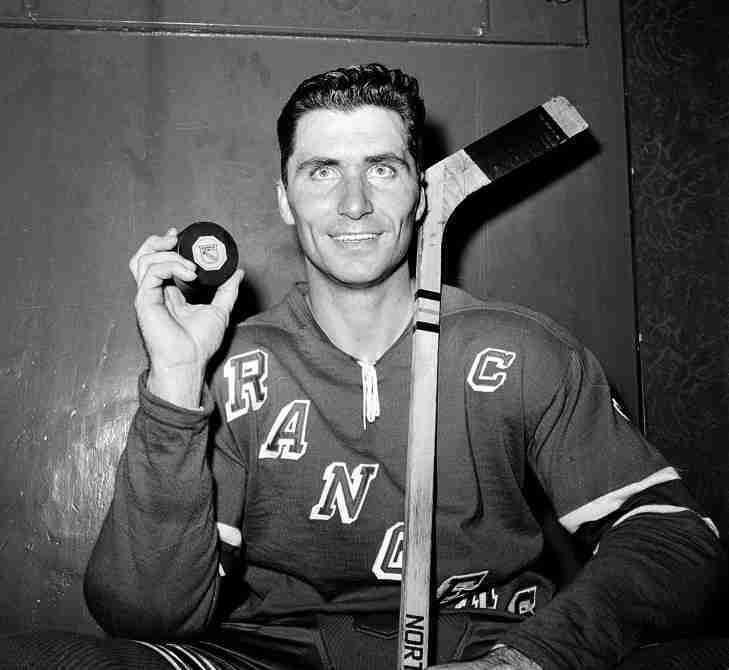 It was announced today that Hockey Hall of Fame inductee, Andy Bathgate, died today at the age of 83.

Bathgate began his 17 year career with the New York Rangers, and in the 1950’s, the forward would become the team’s star and primary scoring threat.  Bathgate would be a Second Team All Star in the 1957/58 season and was the runner-up for the Hart Trophy, but the season after he would win the Hart and would set a personal best with 88 Points.

His star would continue to shine with the Rangers and he would tie for the league lead in Points scored (though losing the Art Ross, as he did not have the most Goals) in the 1961/62 season and would earn his second and final First Team All Star appearance.

Despite his individual stardom in New York, the team around him was not great and a trade to the Toronto Maple Leafs paid dividends for both Bathgate and the Leafs as he helped them win the Stanley Cup in 1964.  Bathgate would finish his career with the Detroit Red Wings and the expansion team, the Pittsburgh Penguins, and a brief stint in the WHA following a retirement.

Bathgate retired as a Point per Game player and was inducted into the Hockey Hall of Fame in 1979.

We here at Notinhalloffame.com would like to extend our condolences to the friends and family of Andy Bathgate at this time. 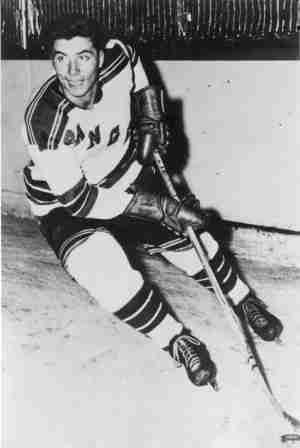 The winner of the 1959 Hart Trophy winner was one of the most complete forwards of his era, though had the misfortune of playing of having his peak while playing with below average New York Rangers squads. Bathgate was constantly in the top ten in scoring and did tie for the lead in 1962, losing out on the Art Ross to Bobby Hull who had more goals. However, Bathgate did win the assists title twice in the NHL. A spectacular stickhandler wick a devastatingly accurate slap shot, Bathgate could implore a physical game when needed, though was an outspoken advocate against violence for violence’s sake in the sport.