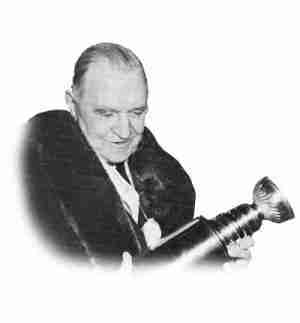 Considered one of the game’s early promoters, Ambrose O’Brien was actually a decent player himself. With his playing days over, O’Brien did his best to get his beloved town of Renfrew into the Eastern Canada Amateur Hockey Association. When that failed, he essentially started up a rival National Hockey Association which had an immediate impact. Perhaps more importantly, he founded the Montreal Canadians which would become the most vital professional team in history. To many people (including us) that alone makes him a Hockey Hall of Fame inductee.