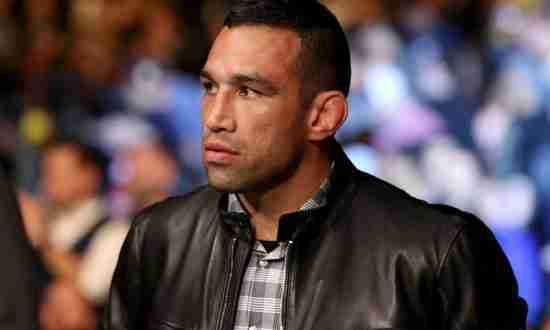 He May Face Violations

The sample that as tested positive by the USADA was collected back in April and, even though the timing is really weird, Fabricio is facing serious anti-doping and violations. The substance he tested positive for was not disclosed by the USADA but it’s almost sure that he will be facing a few months of suspension, if not worse. It goes without saying that being part of the UFC debut in Russia isn’t a matter of discussion right now as Werdum must take some time and think about what his next steps will be.

He Did Not Take Anything Illegal

After the big announcement that Werdum will be facing Alexey Oleynik at the UFC Moscow and this shocking news about the failed drug test, everyone is confused and trying to look for answers. That’s the case for Werdum’s manager Ali Abdel-Aziz that spoke with MMA Fighting and declared they were not informed by the UFC that the fight against Oleynik was cancelled. Besides that, he also stated once again that the fighter he represents, did not take anything illegal and that he is waiting for more details from USADA in order to clearly establish the circumstances. He sent insurance to all fans that him and his entire team are focused and working to solve the problem at hand, feeling confident that everything will be alright and that everything is only a misunderstanding as he feels confident Fabricio did not touch anything against the rules.

Not a Great Period for Werdum

To make things even worse, the news of the failed drug test comes only months away from Werdum’s first loss in the career. With a record of 23 wins, 8 draws and 1 defeat, Fabricio suffered his first loss, by knockout, in the fourth round against Alexander Vokov in the UFC London event. Fans were already worried that the 40-year-old fighter might be getting close to end his long and rewarding career but now, after the doping accusation, things are even more uncertain.

Fabricio Werdum won the UFC heavyweight champion title back in 2015 when he defeated Cain Velasquez through submission in the third round of the match. Unfortunately, he only held on to the title one year since he lost the belt the very next season to Stipe Miocic.

At this moment, without more information from the USADA, it’s impossible to try and predict what will happen with the UFC Russia big fight or with Werdum’s career. One thing is certain though, the UFC fighter is in a very difficult position and he needs a miracle to get out of this one. To make matters even more upsetting, Fabricio would’ve been a potential title contender if he had beaten Volkov in the Russian bout.

More in this category: « Famous transgenders among MMA fighters: a history of success