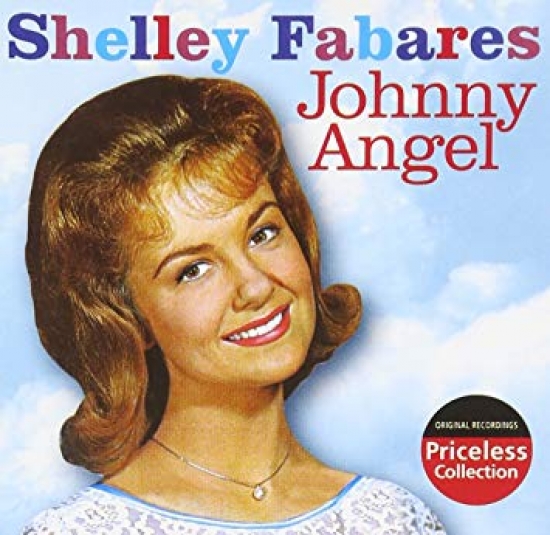 The first time I was aware of Shelley Fabares was when she appeared as Francine Webster, the rival/business partner of Ann Romano from the sitcom, One Day at a Time.  I remember thinking that she was quite attractive, though even in my ten year old brain I figured that was in comparison to Bonnie Franklin, though considering I never saw the appeal of redheads, I’m probably not the best person to ask, and even in regards to Fabares, my attention (was directed) and still is on that show towards Valerie Bertinelli.[1]

The second time would have been when she appeared as Christine Armstrong, the girlfriend and later wife of Coach Hayden Fox, though I was far more distracted by her horrendous perm and was always confused what each one saw in the other.  Actually, I was far more confused as to how Fox ever won a college football game when he had such dimwitted staff, but I digress (again).

The generation before mine knew Fabares as the singer of “Johnny Angel” and the female lead to a few of Elvis’ films.  She got her main start acting on the Donna Reed Show, and like so many teen television stars, there was a push to see if could translate into a singing career.  The result was “Johnny Angel”, an aspartame sounding song where Fabares professes the perfection of a boy named Johnny and played into the dreams of other teenage girls who likely could substitute the name Johnny for whomever they were pining over.

Fabares would record a few more singles, but would state in numerous interviews after that acting was her passion and was not really into singing, and based on the flatness of her voice, it may not have been the worst thing as let’s just say she was no Mariah Carey.  Carey however was no Shelley Fabares when it came to acting (did you ever see Glitter?) and Fabares worked for years, which is the goal of most actors, so beyond a few minor hits, she contently bowed out of the musical spotlight, leaving behind a number one that song that she probably wasn’t that proud of to begin with.

My final note on Shelley Fabares is that she falls in another weird category in that my mother seems to randomly hate.  She joins the interesting group of The Everly Brothers, Pia Zadora, Bernadette Peters and former Saturday Night Live bandleader, G.E. Smith.[2]

[1] Mad Men’s Christina Hendricks has made me rethink my position on that somewhat.

[2]  Wait, no it was my first mother-in-law who said that.  She was right, that guy looked like a self-entitled douche.

More in this category: « Don't Break the Heart that Loves You Soldier Boy »