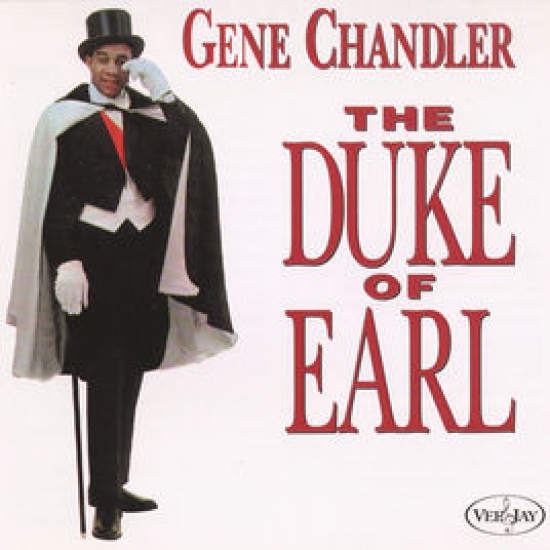 Some of the most memorable songs derive from pure nonsense.

When Gene Chandler was with his original group, The Dukays, through simple chanting of his real name (Eugene Dixon) and combining it with the name of group mate, Earl Edwards and the “Du du du Duke of Earl” was born and originally a minor R&B Hit for the Dukays.  When Dixon went solo, he took that song with him and with a bit of reworking a doo wop classic was born and the now named Gene Chandler would have the biggest hit of his career and one of the most recognizable openings of any not just doo wop but any genre of music.

Chandler would embrace the song’s popularity and actually embrace a “Duke of Earl” persona complete with a cane, monocle and top hat and developed quite a stage presence making him one of the more enjoyable concert acts of the early 1960’s.  This was not his only hit (though by far his biggest) and while he would not go number one on either the Hot 100 or the R&B Chart again, his 60’s and 70’s soul would see Chandler would generate six trips to the R&B top ten.

That was a lot of overall success for Gene Chandler, but who are we kidding here?  Like so many I have talked about and most people remember a quite a few more who will come up, Chandler for “Duke of Earl” and nothing else.  It reminds me of a time in Ottawa I saw a Canadian alternative rock band called Junkhouse, who had just scored their first hit on Canadian radio with “Going Right Out of My Head”.  At the time, this was their only known single, and prior to singing it the lead singer openly bemoaned that this would become the song they would be begged to sing for the rest of their life.  I remember thinking to myself two things:

The first was that I needed another beer[1].

The second was that here was a guy who just became famous on some level and was already complaining about a scenario that may not ever occur because the band might have a slew of success, or years later they would be lucky to be booked at all and would be playing that one song over and over again at fairs.  For what it’s worth, they played “Going Right Out of My Head” in their encore and let someone from the crowd sing the chorus.

Now this might have been just part of the early 1990’s alt rock ethos where if they weren’t complaining they weren’t living, but how many times have these musicians seen who came before them and how quickly they could be labeled for just one song?   Chandler did, and he had a damned good career after, but guaranteed that everyone who went to one of his concert’s thought was waiting for him to play “Duke of Earl” and if he didn’t the show was a failure in their eyes.

Still, for something so associated with Chandler, I remember it more for when Cliff Claven sang it (backed up by Norm Peterson, Frasier Crane and Sam Malone) when they “crashed” a slumber party to try to cheer up Carla Tortelli, who learned she was about to become a grandmother.

If you care, it didn’t work and it took Claven ripping his pants to snap Carla out of her funk.

Why the hell do I remember this?

[1] You may have already deduced that I think that a lot.

More in this category: « The Peppermint Twist Hey! Baby »